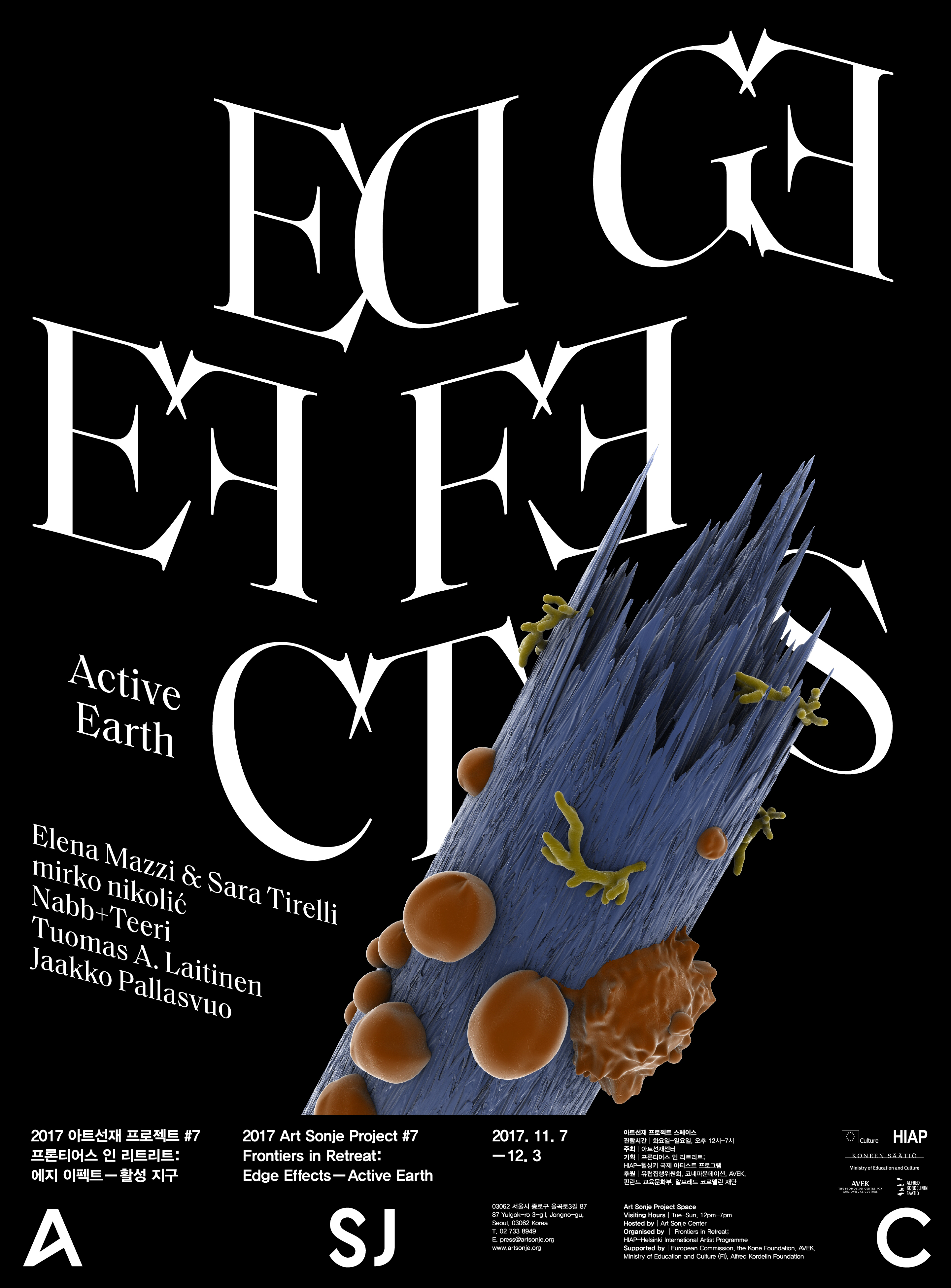 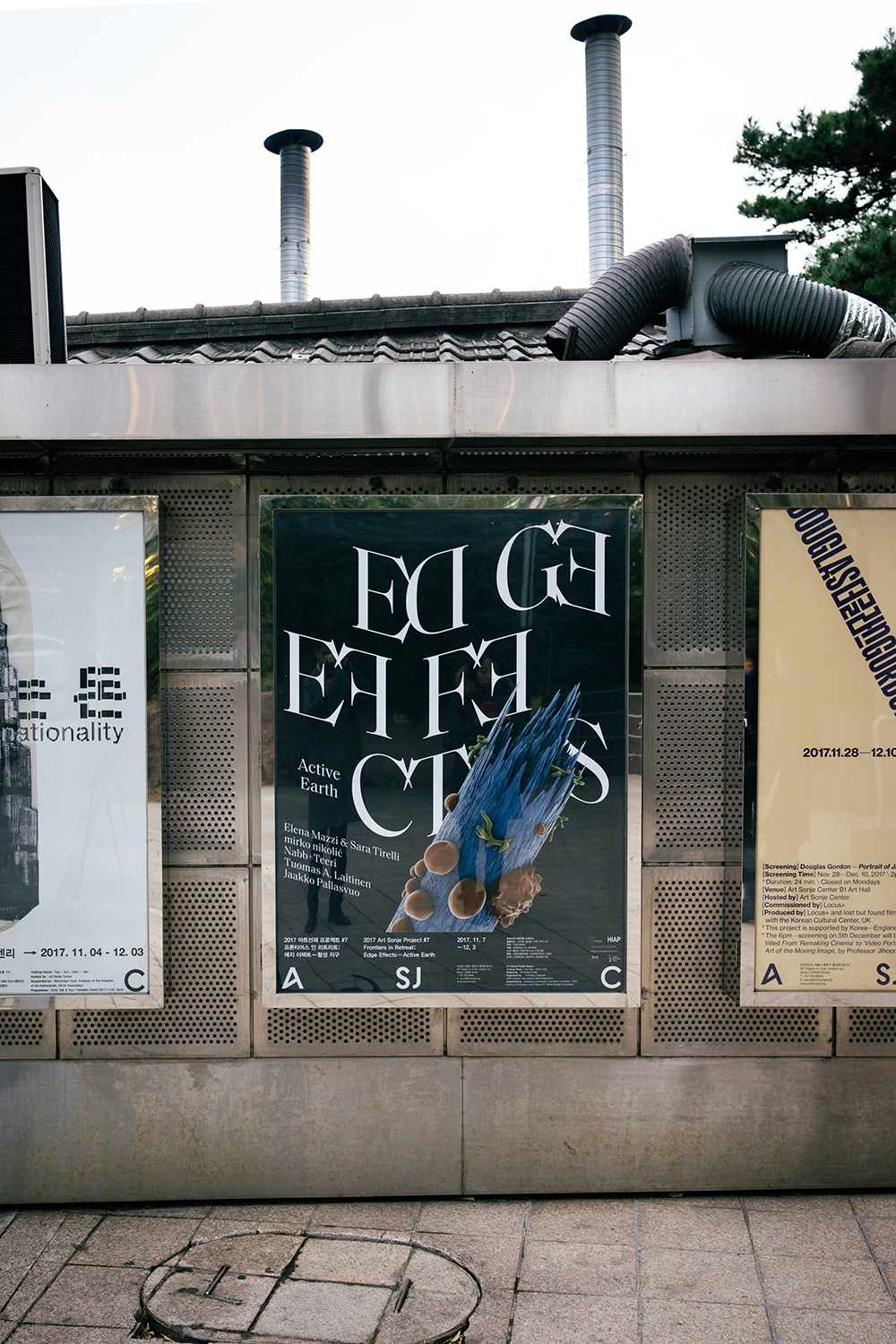 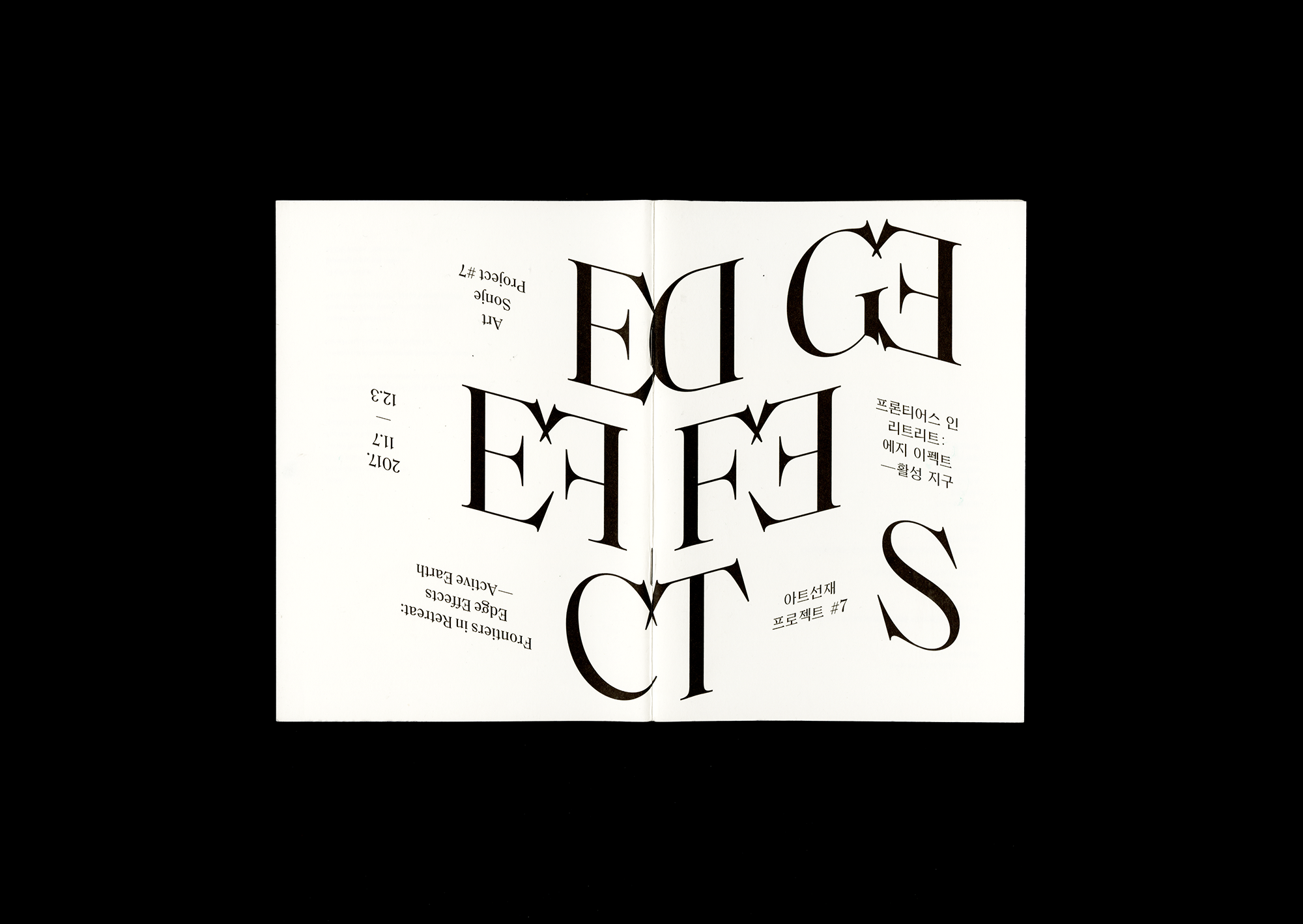 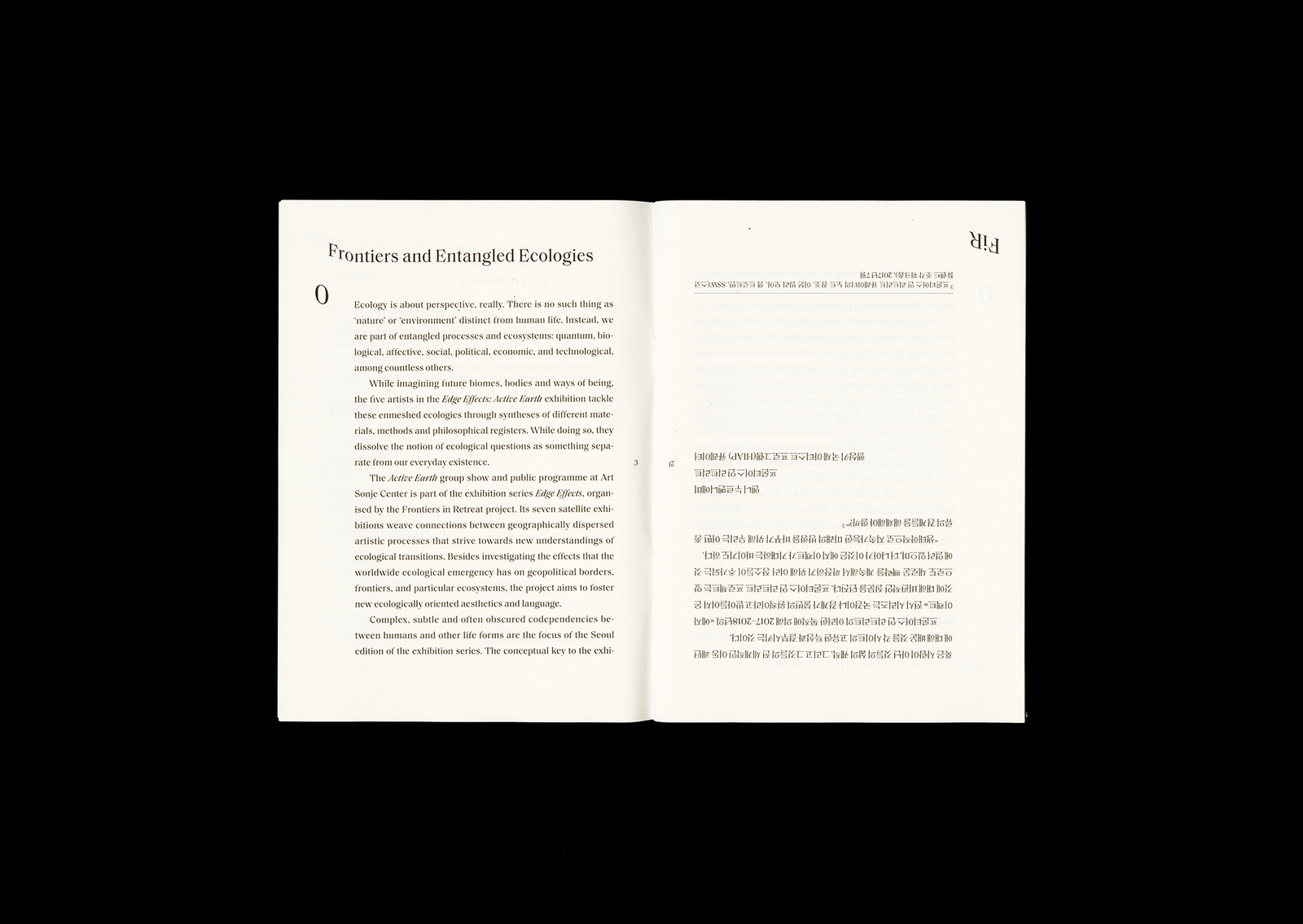 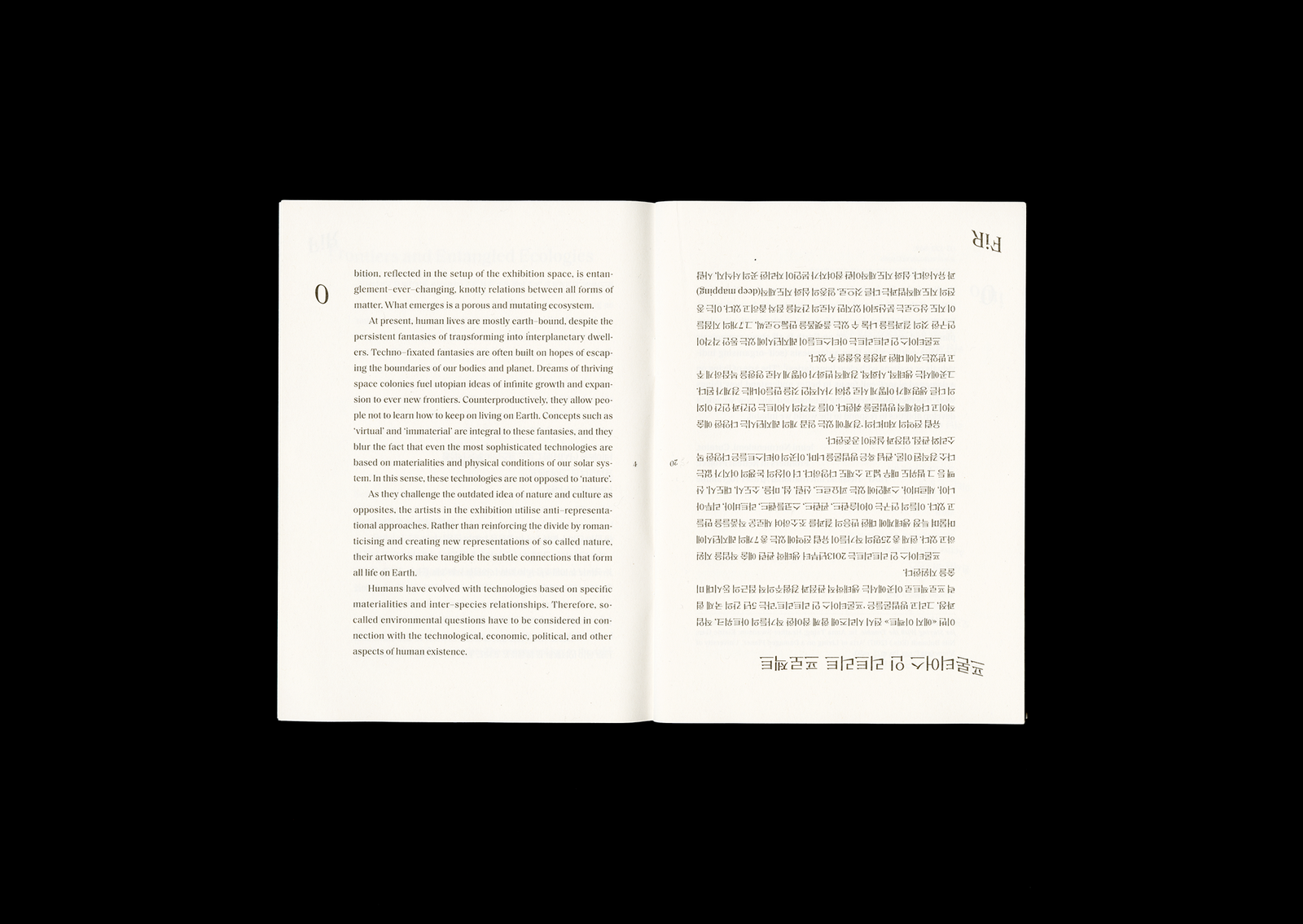 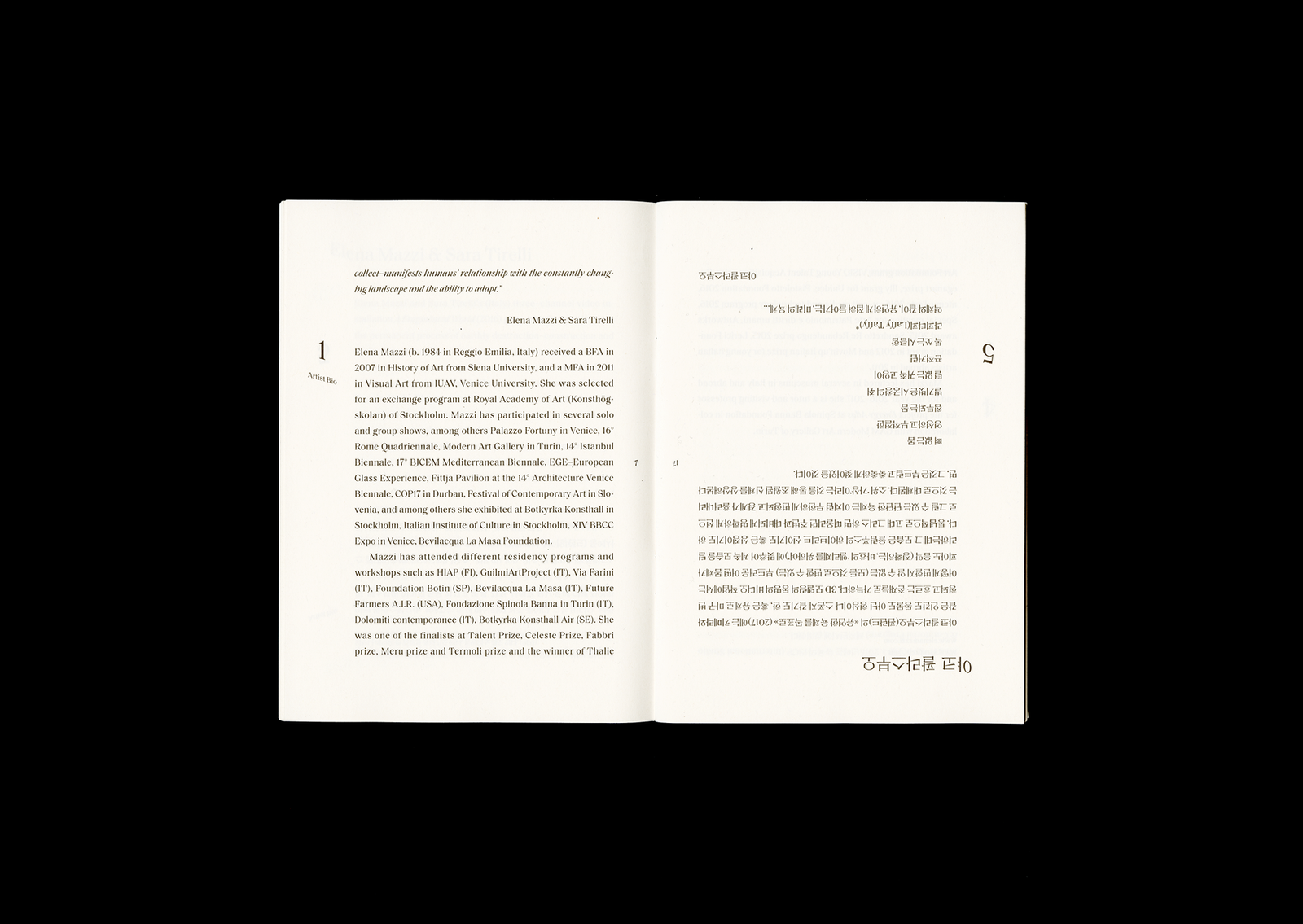 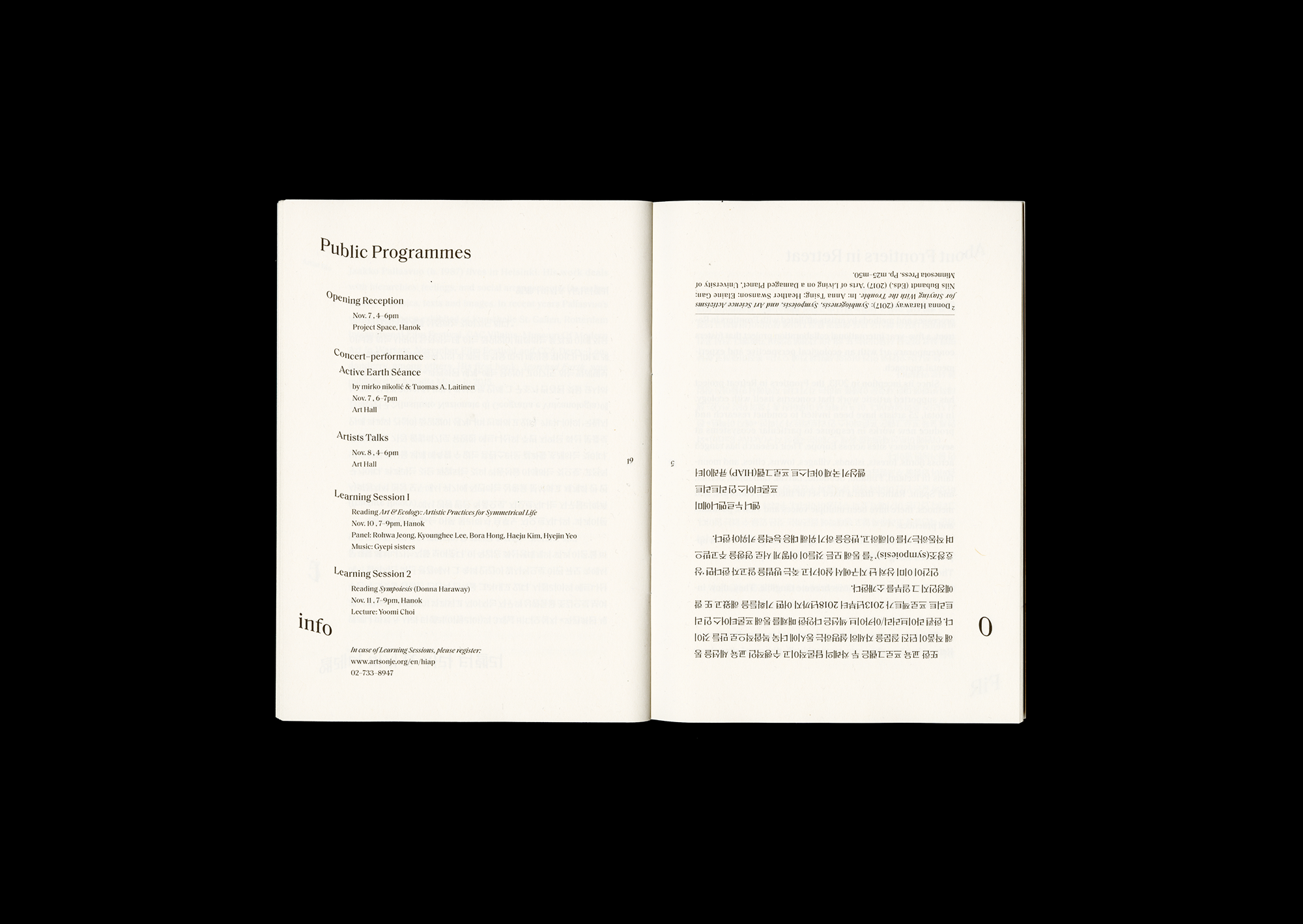 "While borders draw divisive lines, frontiers are transition and contact zones. Diversity is always richest in areas where different systems meet: This is the edge effect. An encounter never leaves one unaffected.(Curatorial notes, concept for the Edge Effects exhibition series, Jenni Nurmenniemi and Taru Elfving, July 2016.)" Exhibition identity shows this 'encounter' by making typefaces to face each other. It creates its borderline and arouses tensions between ecology and us. Faced sharp serifs resemble overlapped spears, the artwork, Thinking of Invertebrates by Nabb+Teeri on the poster. Tilted and faced words work as graphic elements on the brochure, wall graphics.

The group show and public programme at Art Sonje Center is part of the exhibition series Edge Effects, organised by Frontiers in Retreat project throughout the year 2017. Its seven satellite exhibitions weave connections between geographically dispersed artistic processes and discourses that have emerged during the past four years. Active Earth, the Seoul chapter of the exhibition series, focuses on co-dependencies and symbiotic relationships between humans and other life forms. The conceptual key to the exhibition, reflected in the setup of the exhibition space, is ‘entanglement’ – ever-changing, knotty relations between all forms of matter. What emerges is a porous, pulsing and mutating ecosystem. The exhibition consists of three cells that feed each other: artwork section, Frontiers in Retreat Archive and public programme. The archive opens up a curated selection of fragments from the Frontiers in Retreat projects in various media, whereas the public programme elaborates on and complicates the questions opened up by the artworks and other elements through a series of discursive and performative learning sessions. (Read more)