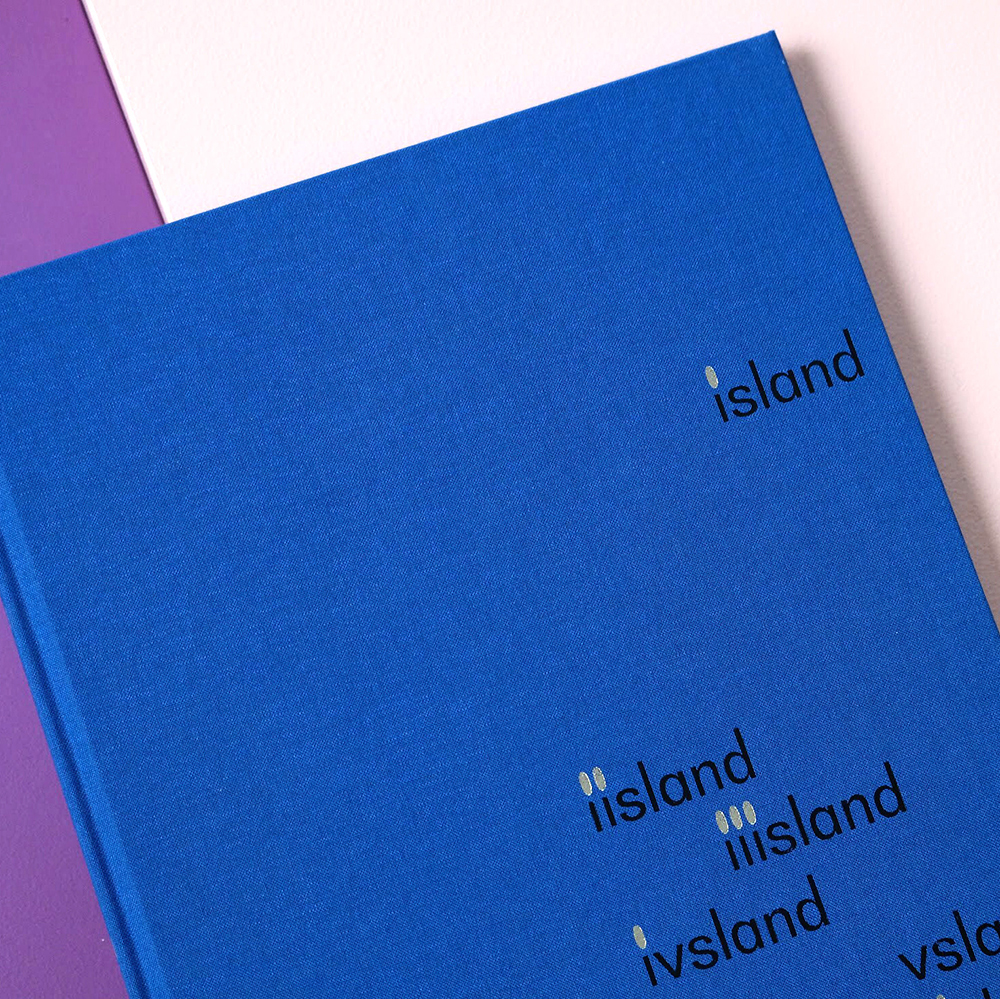 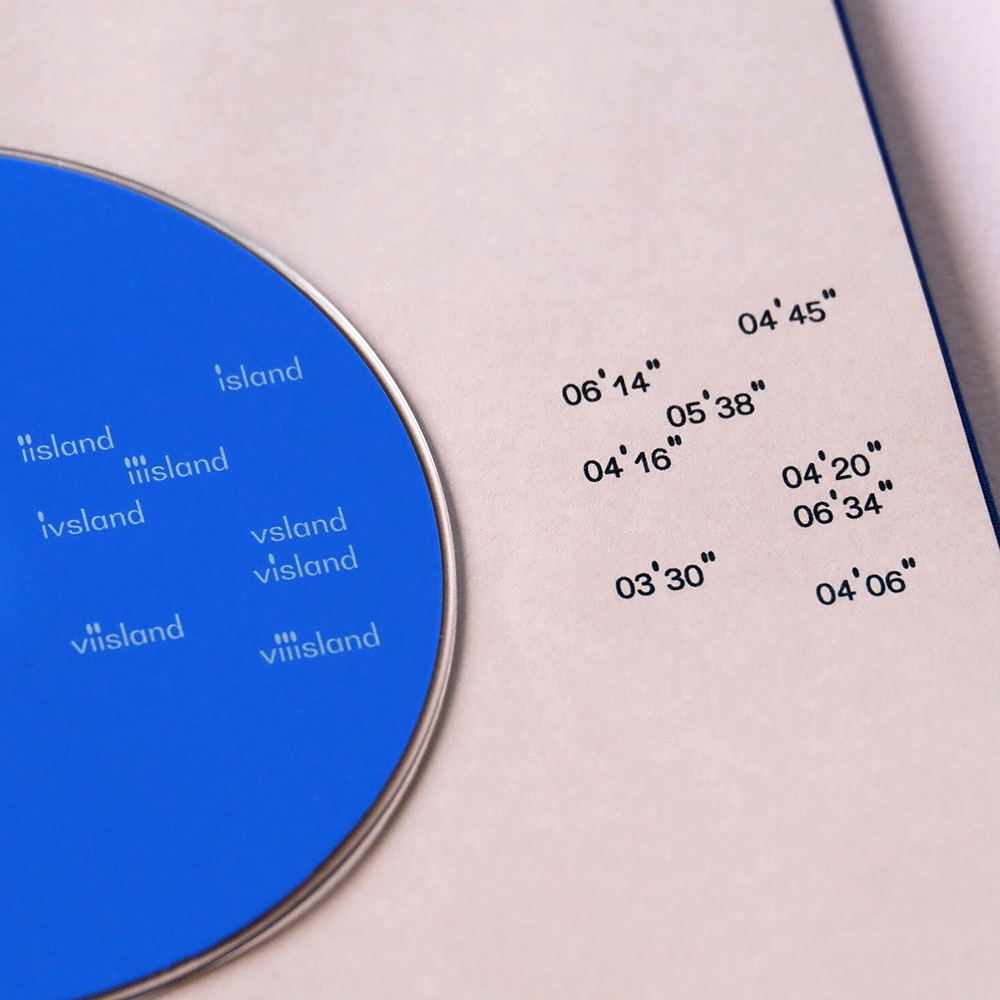 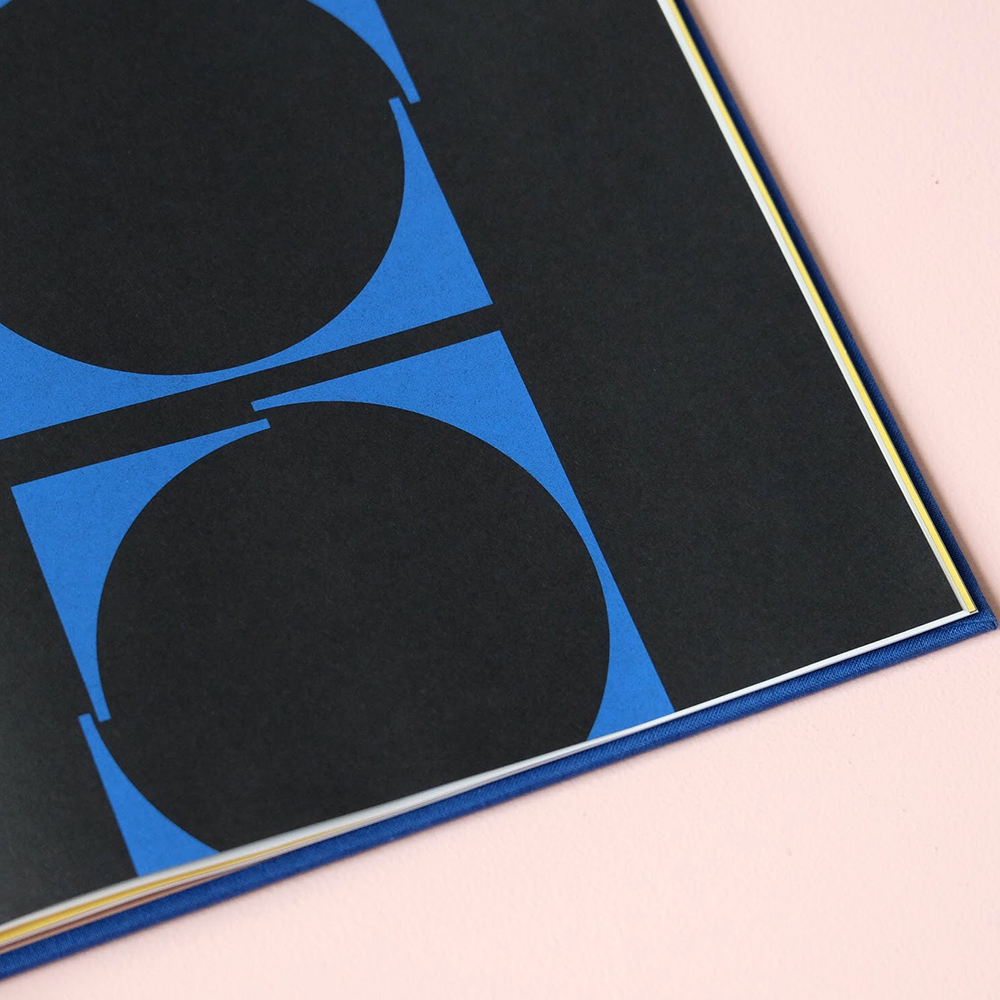 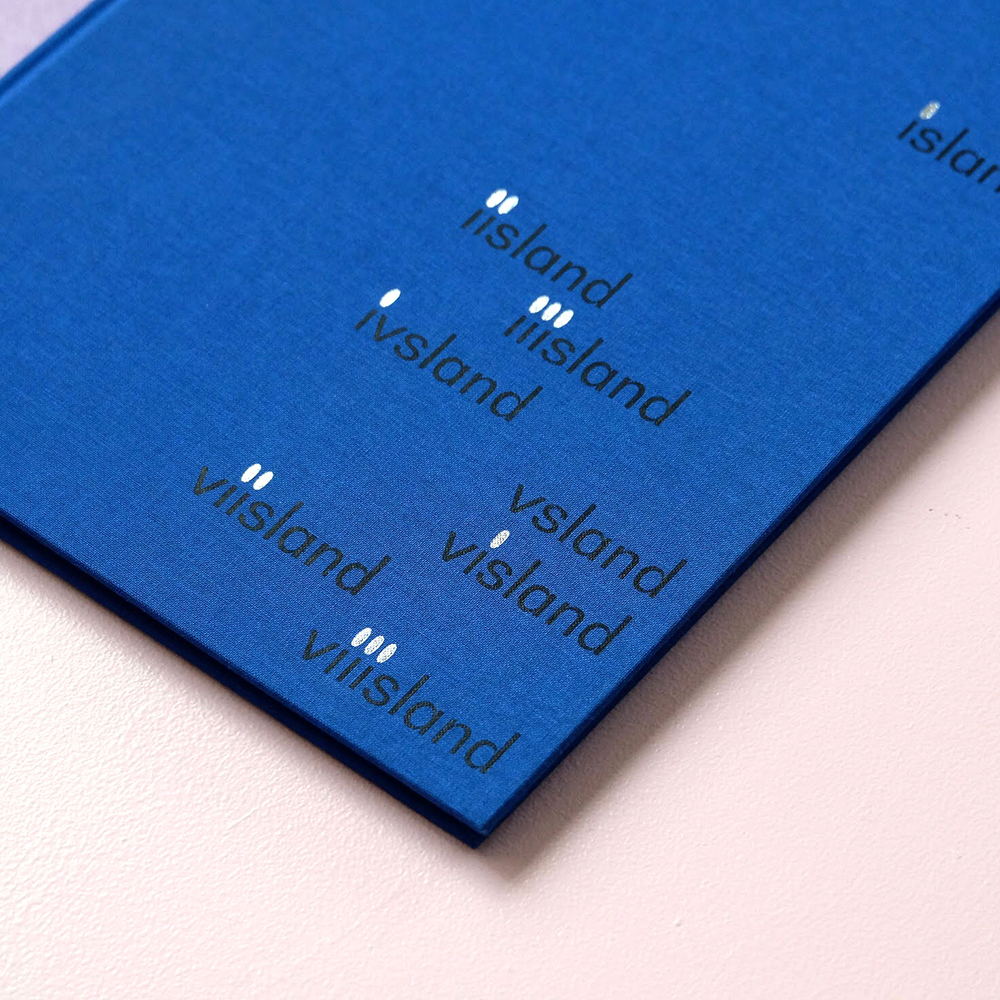 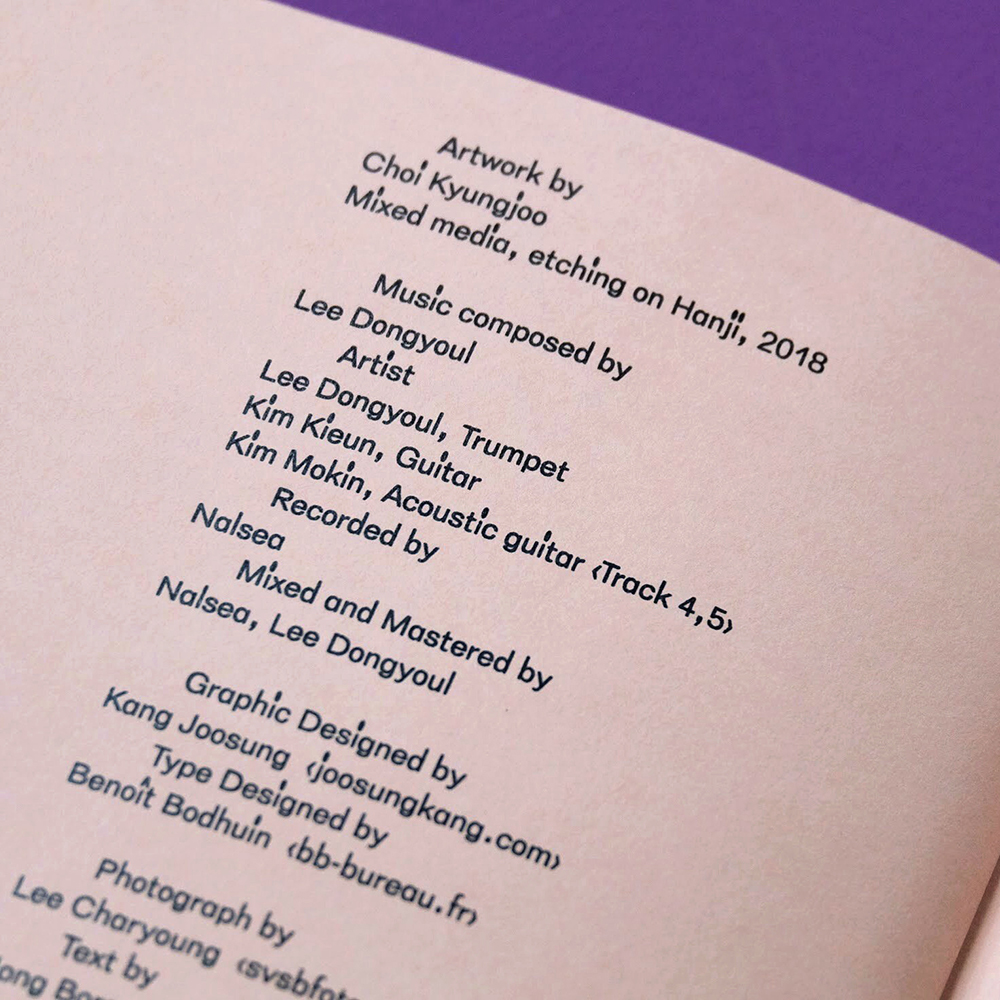 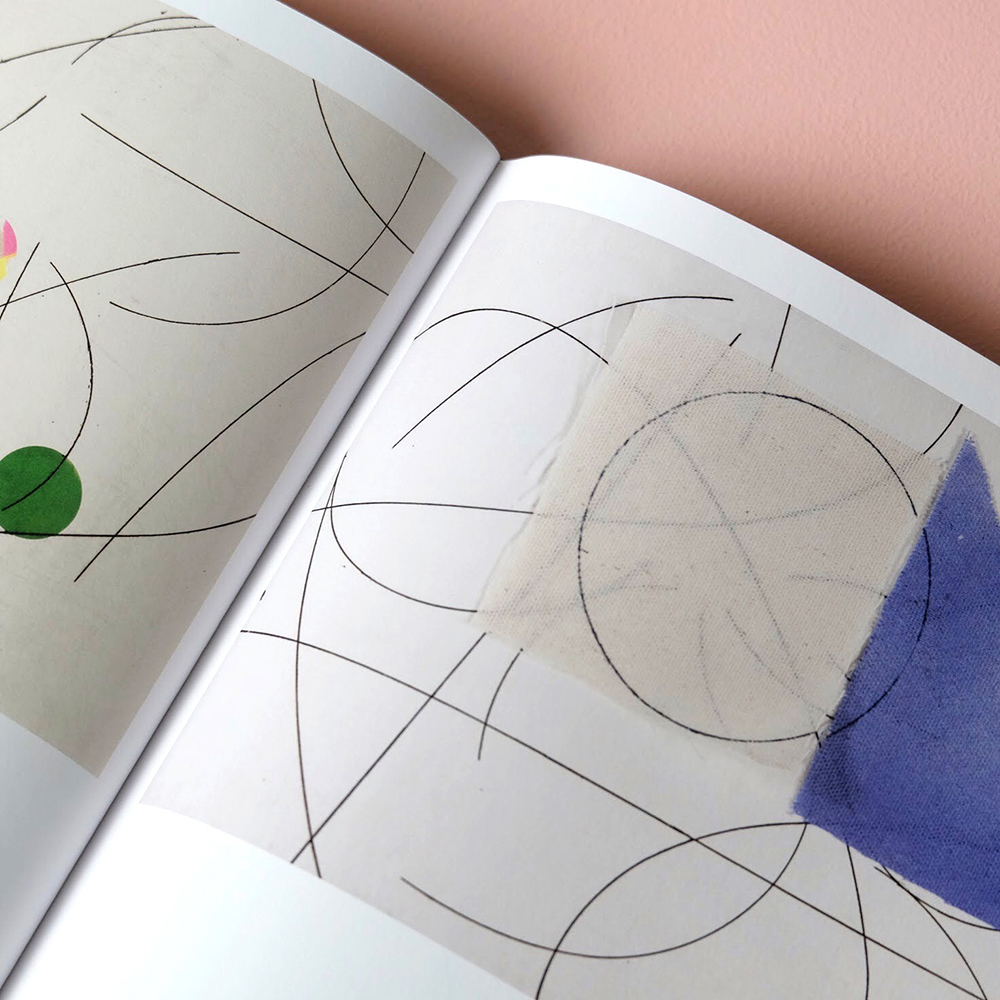 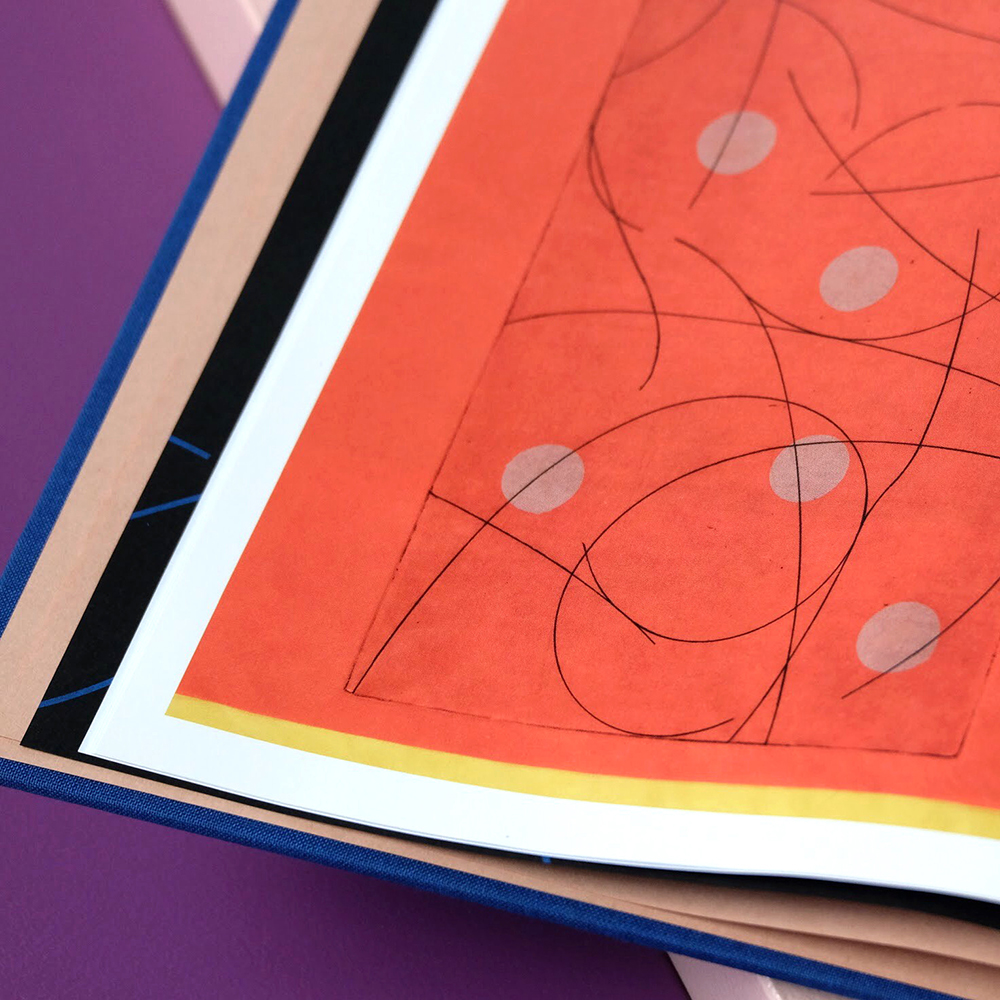 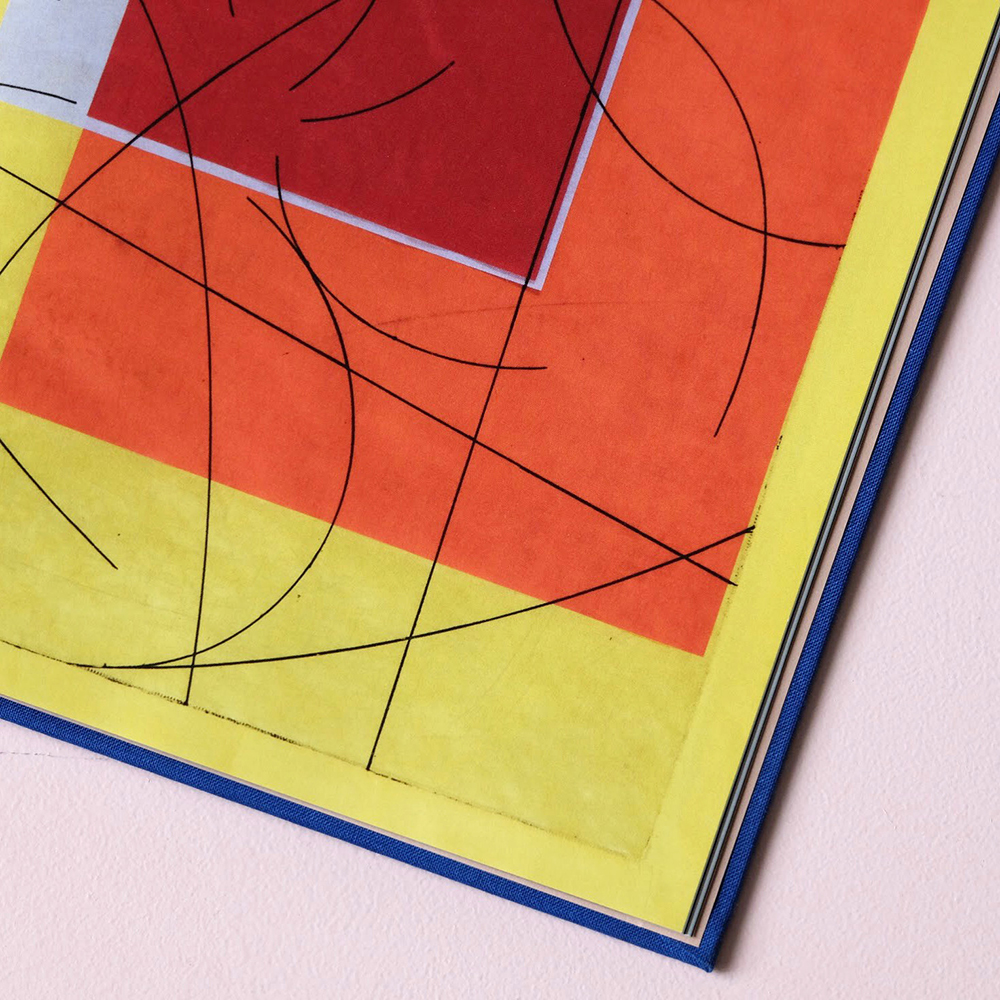 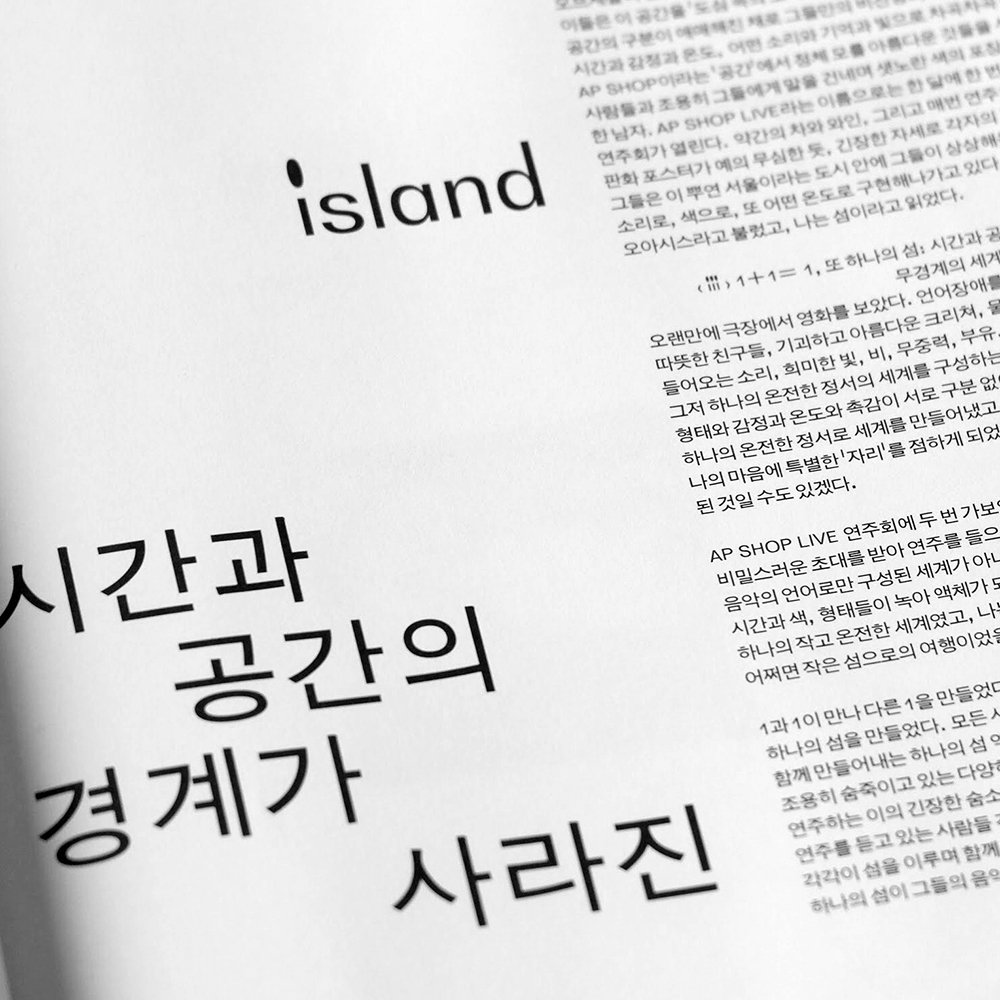 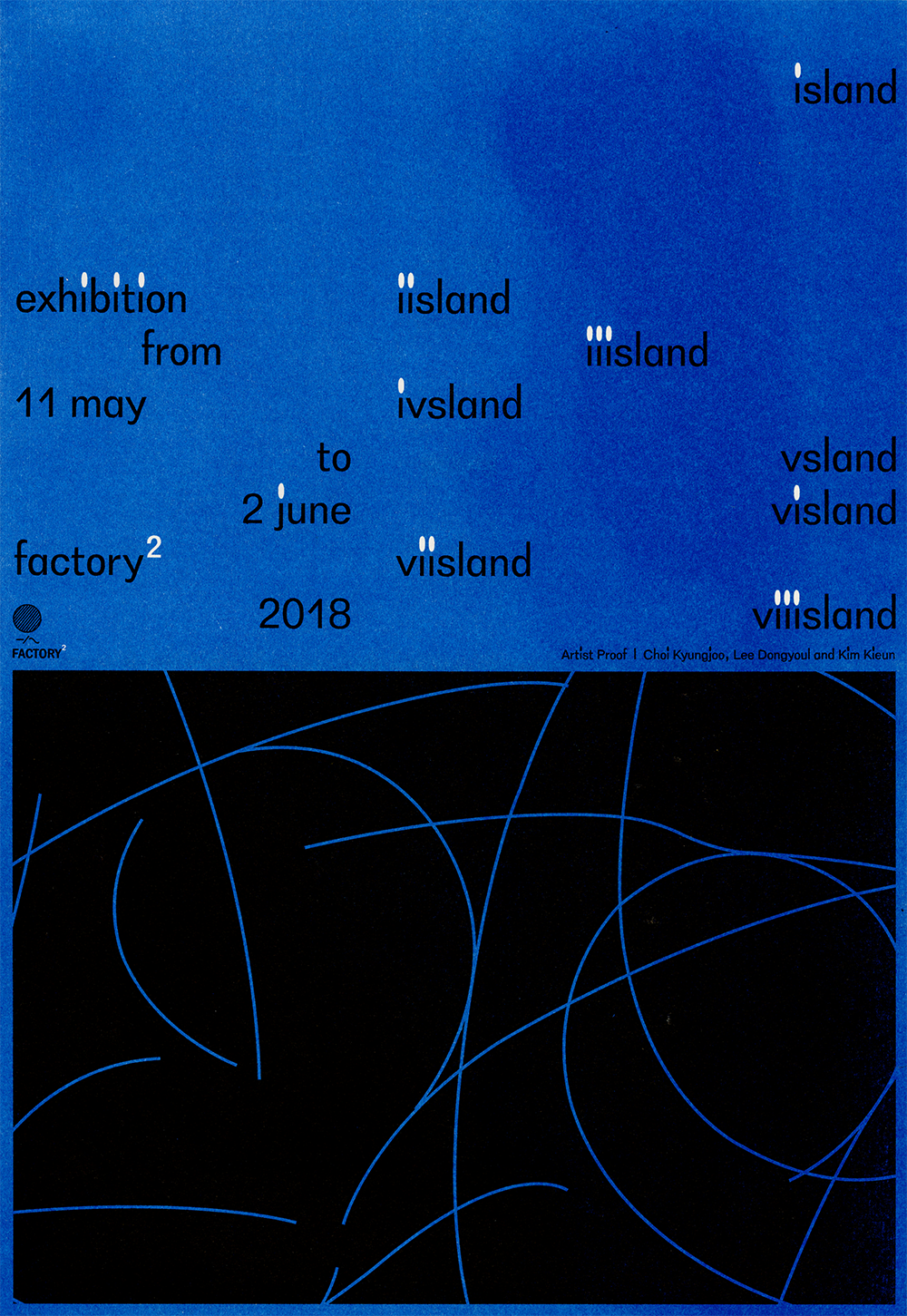 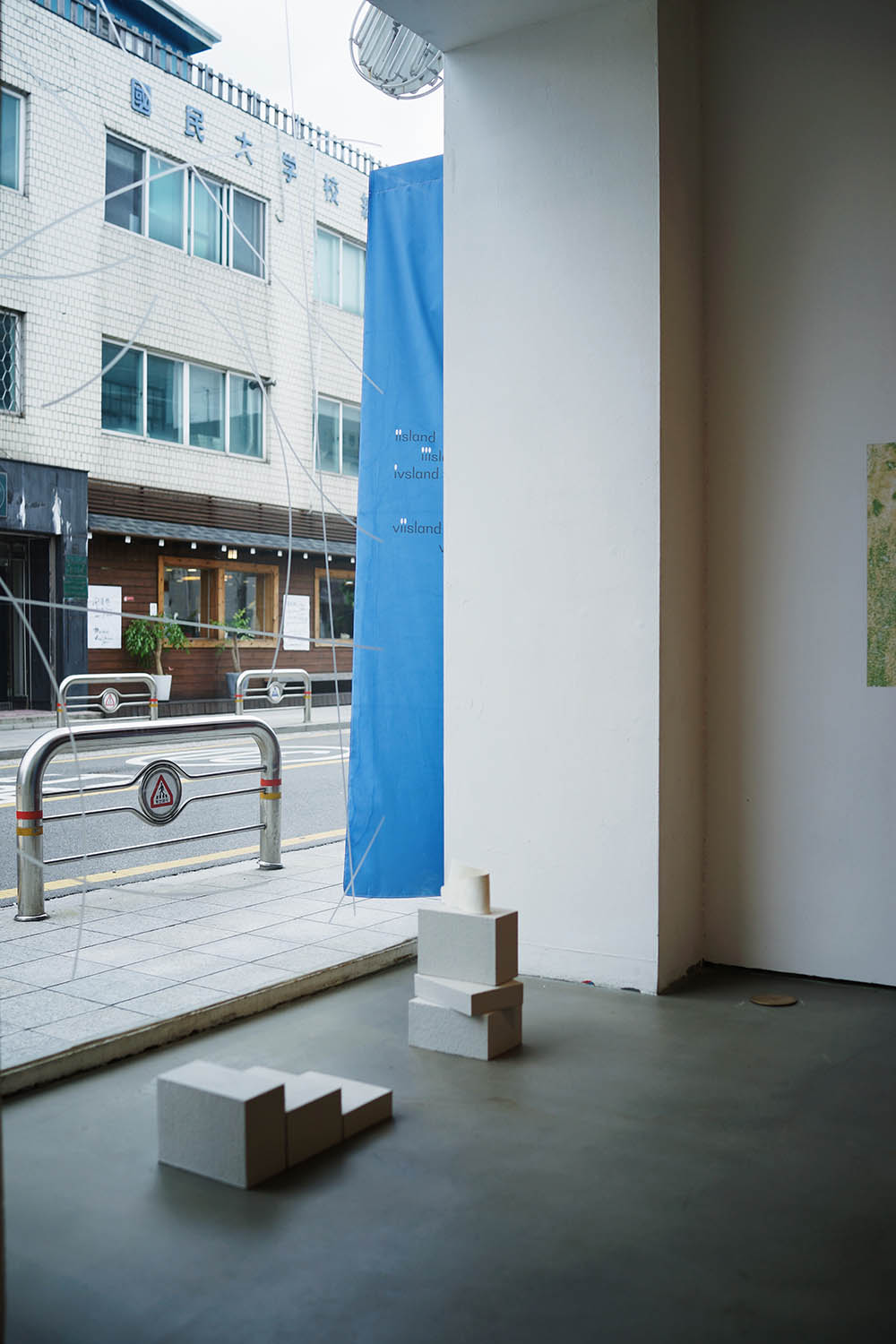 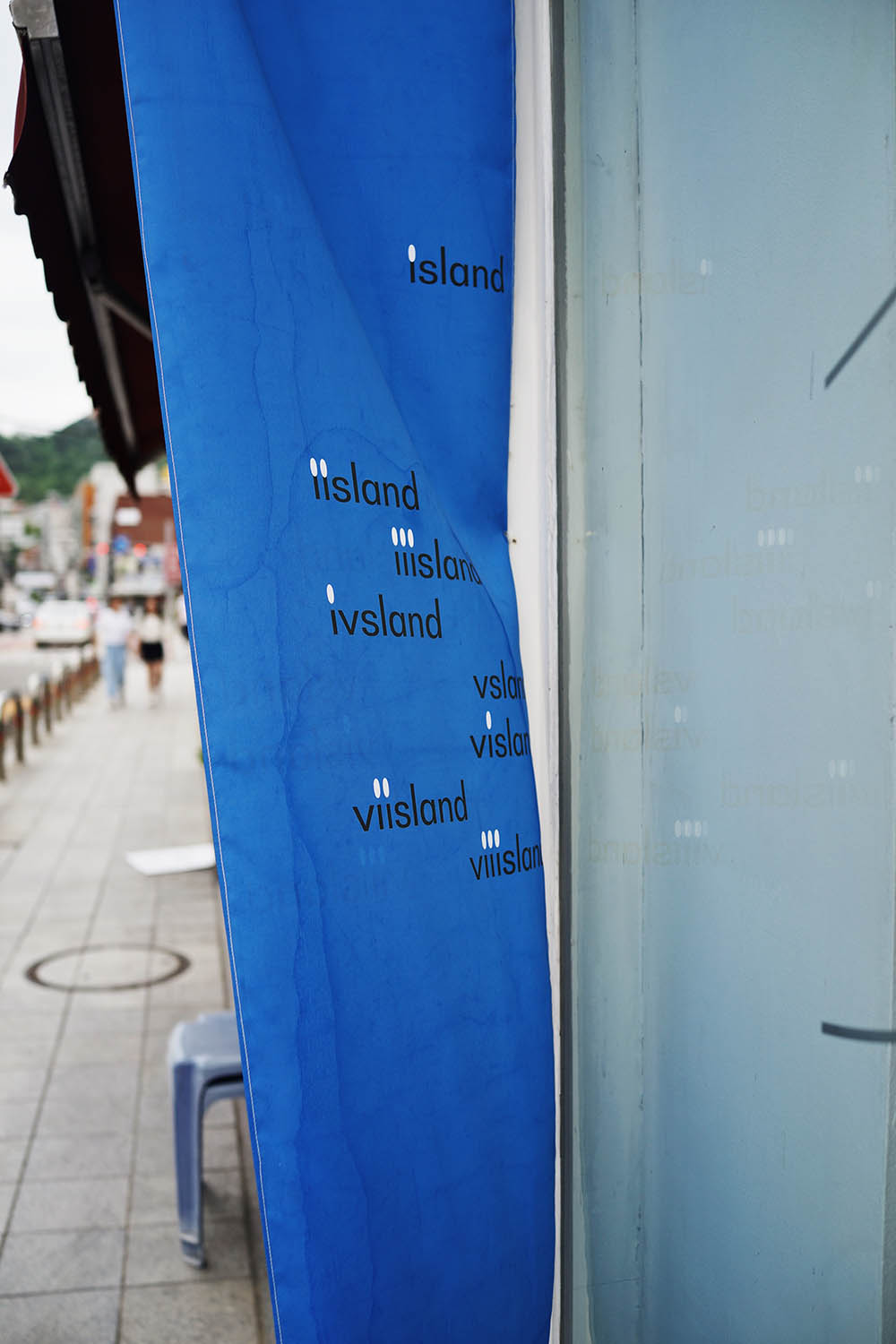 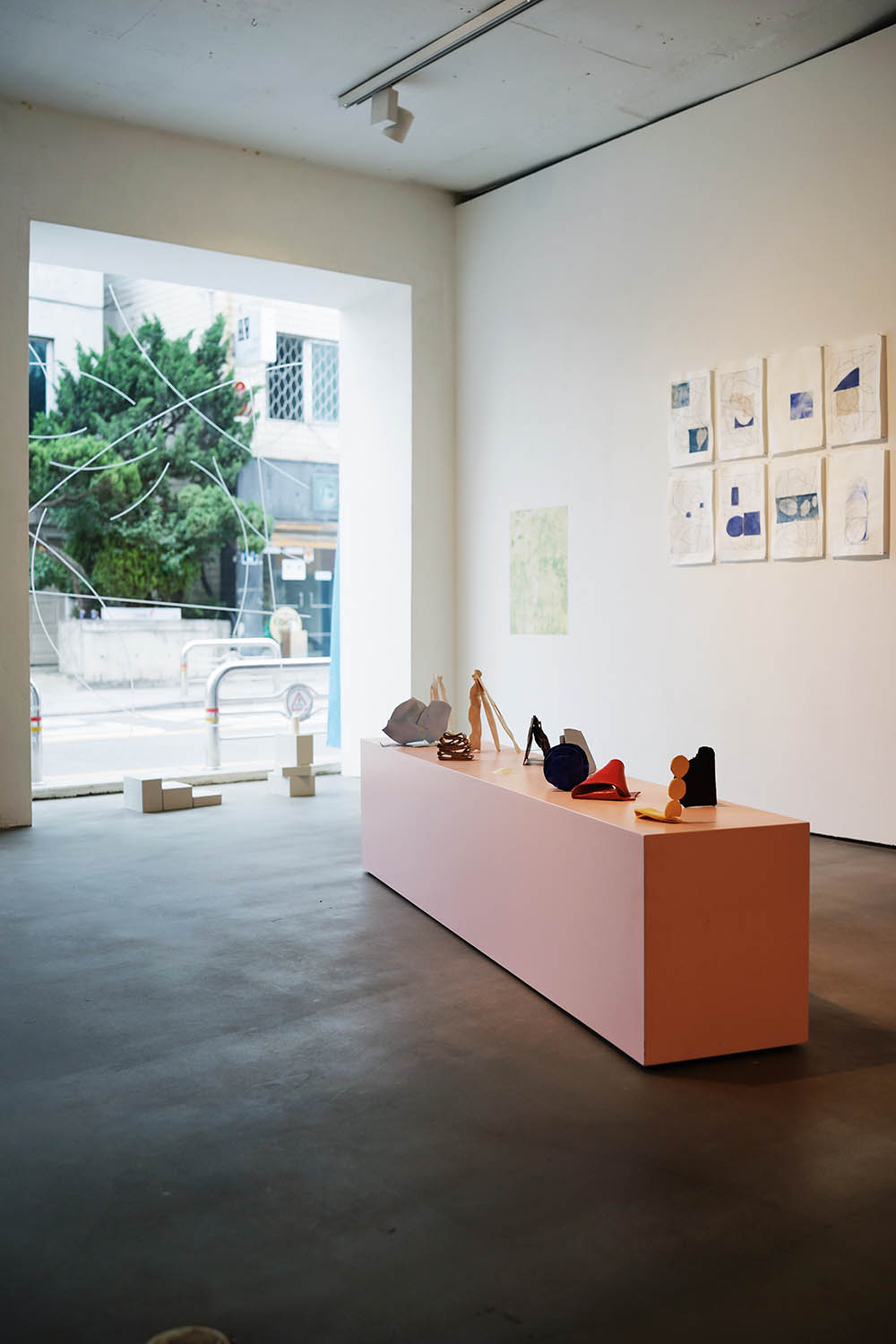 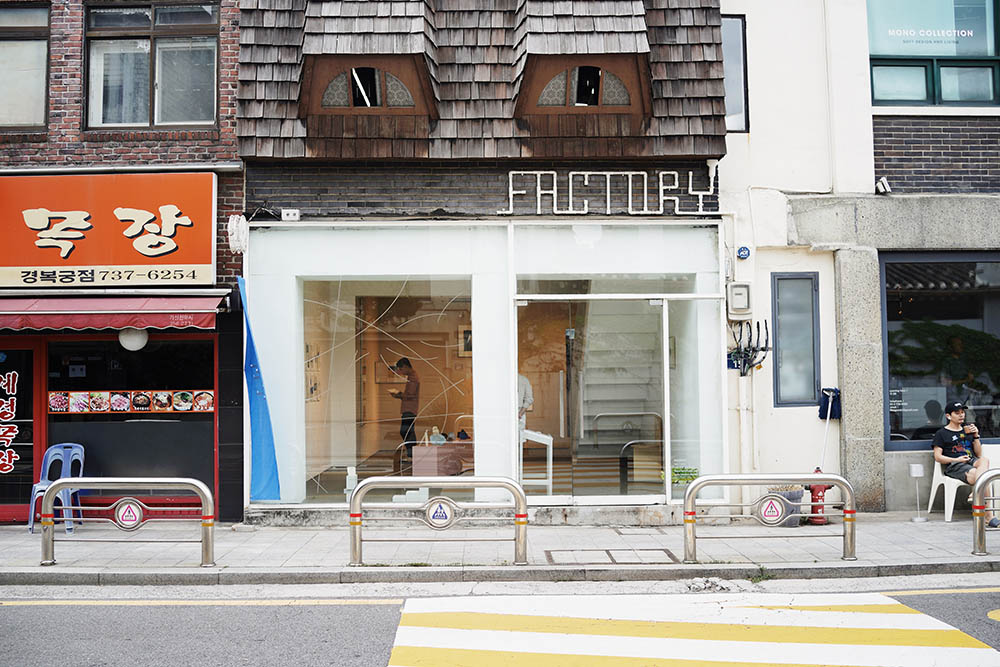 The book island consists of etching works by Kyungjoo Choi and records by Dongyoul Lee, Kieun Kim. There are 8 songs that are composed during their trip to the islands. After their trips, 27 etching works which are inspired by songs delivered to design the publication. Curves, lines, patterns became elements of a journey to the island. Lines have turned to sea routes, dots have been to islands. Graphic patterns that are inspired by etching works have been printed on black paper by silkscreen in Tallinn, Estonia. The typeface, Elastik which has oval dots designed by Benoît Bodhuin. (Read more)

"Everybody is an island. We are all islands, encountering various other islands throughout our lives. A world or an island, made of musical language of trumpet and guitar. Encounter of dots and lines create a plane, and colors cover the planes which become a solid figure to create the world of image born into it, or an island. Two islands conversing in different languages meet each other to make a new third language. Language not made of sound or image, or an organic world made up of both. It could be intact alone, but when these worlds come together, it is a place which creates another new language."

Essay from Bora Hong, island: an island without the borders of time and space, island

Mixed and mastered by